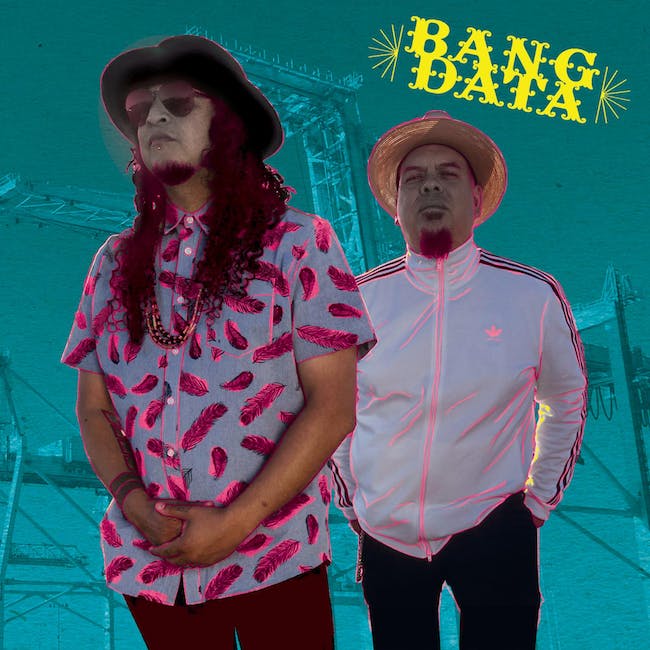 Bang Data is like California itself - built on Latin traditions, but deeply hybrid in expression. This beloved SF Bay Area based band - led by singer/emcee Deuce Eclipse who’s well known by hip-hop fans as an accompanying voice to the legendary Zion I, and producer/instrumentalist Caipo who has become a sought out name producing & mixing in the San Francisco music scene and abroad - play cumbia, hip-hop and rock into a new language of sound for the people. The ensemble released their third album LOCO last year and are most known for their song placement of the self-titled track “Bang Data” from their album La Sopa” on AMC’s hit TV Drama ‘Breaking Bad’ Season 4, Episode titled ‘Salud’.

Le VICE deftly blends a wide spectrum of sounds and musical styles ranging from rock and electro, to soul and dance, to any other rad genres you can think of. When you mush all those flavors together, it’s simply catchy pop music; viable for the masses.

Having transitioned into a duo outfit, the two Le VICE founders (lead singer Alex Lee and Bassist/producer Sean Stillinger) now hit the stage remixing old favorites and freshly written songs with everything from drum and bass to Miami bass. Still as genre blending as ever, Le VICE still guarantees to deliver live.

Mr Philthy (Philthy Dronez) is a Bay Area live beat artist who mixes the electro cumbia sound along with cumbia sonidera. Half DJ/ Half live set.....Mr. Philthy combines these two worlds so that it feels like a Dj mix, only with live instruments playing along to the beat. This music is made for dancing so bring your dancing shoes. #WepaLife