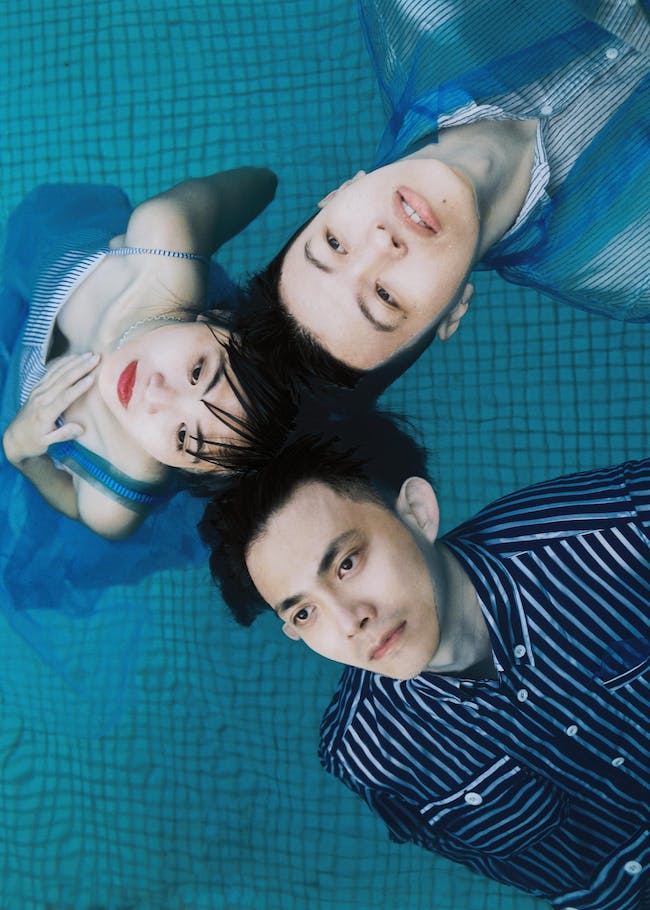 Elephant Gym builds worlds through a bass-driven, jazz-and-funk-inflected writing style that teems with agile, articulate excitement. While commonly associated with the subgenre of math-rock, Elephant Gym employs their own unique technical candor, with rhythms and melodies that never cross the line into uncomfortable angularity.

Based in Taiwan, siblings KT and Tell were taught classical music by their mother before meeting drummer Chia-Chen in high school through a music club. Shortly after discovering they all shared the same taste in music, they formed Elephant Gym, solidifying their shared affinity for all varieties of math- and post-rock.

Their second full-length, Underwater, is an expansive cohesion of diverse songs which flow in and out of one another like water. Vocal cameos by international collaborators provide another compelling dimension to the record, emboldening a group usually known for their instrumental compositions.

LITE is a Japanese instrumental rock band known for thrilling and emotional compositions, progressive, edgy riffs and complex rhythms. Widely regarded for their explosive live show and tireless touring in the US, Europe and Asia, LITE are one of the most exciting bands to emerge from Japan in the last decade.

The quartet who is entering their 14th year together, boasts a tremendous back catalog with four full-length albums, three mini albums and two EPs including 2010’s Illuminate (recorded with John McEntire) and 2012's Past Present Future which featured Caroline from Mice Parade. Their most recent album Installation (2014, Topshelf Records) was their first proper US release.

On their ninth release, Cubic, out November 18, 2016 via Topshelf, LITE creates music with a heartbeat. Cubic was mixed at Machines With Magnets with Keith Souza (Battles) and mastered by Heba Kadry (!!!, Prefuse 73, The Mars Volta) at Timeless Mastering in New York.