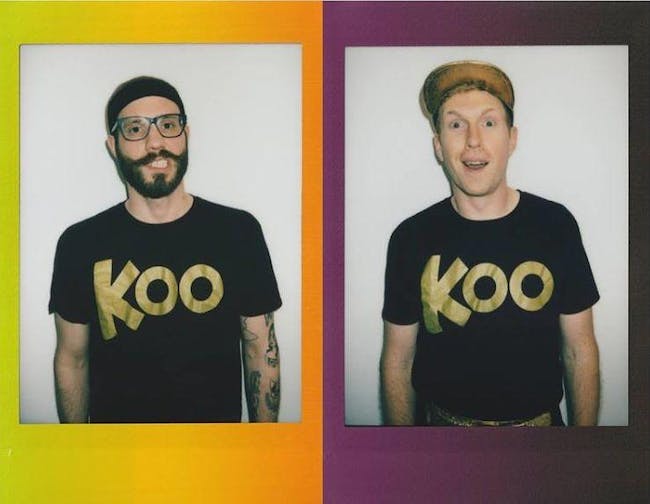 We are Koo Koo Kanga Roo, we are a band, we Like Dance Parties

Koo Koo Kanga Roo is the dance-a-long show from Bryan and Neil, two friends who set out to experiment with live music and make it more fun. Armed with nothing more than an iPod, two mics, one giant rainbow and some gold sneakers, Koo Koo Kanga Roo puts on an all-ages dance party that invites everyone to join in. Whether you know them from "brain break" videos in your classroom, the Warped Tour or a late night bar show, you’ve probably gotten sweaty dancing to their jams at some point.

Since 2008, Koo Koo Kanga Roo have been touring and putting on shows at clubs, theaters, schools, bars, colleges, church basements, dumpsters and even nursing homes. The duo has toured stateside and internationally with the likes of Frank Turner, The Aquabats, Reel Big Fish, MC Lars, Yo Gabba Gabba Live and have been featured on the Vans Warped Tour.