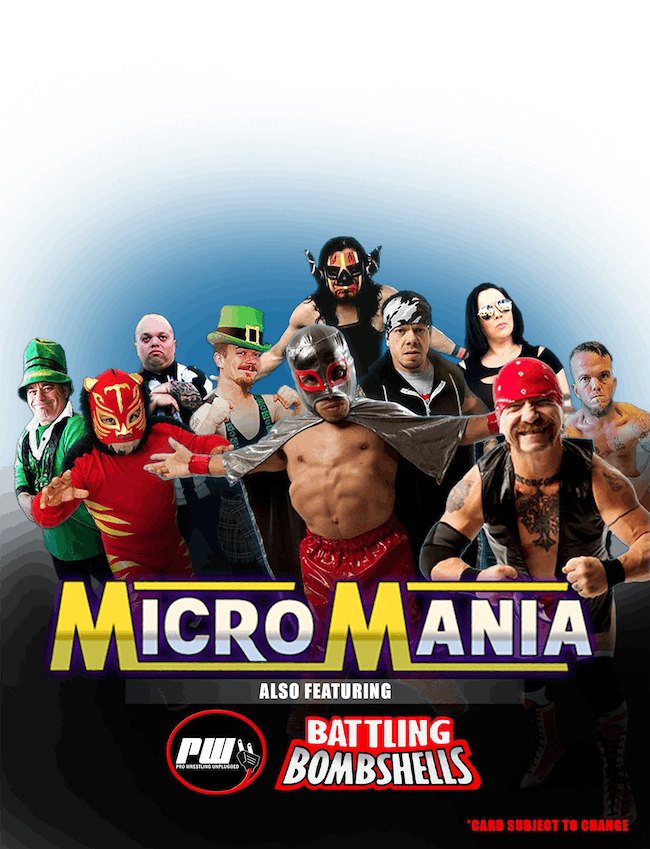 MicroMania Tour is a high powered, explosive, athletic Pro Wrestling show with just the right touch of comedy thrown in to make for an unforgettable BIG event not necessarily BIG people!!

These 5 foot & under micro athletes may be short in stature but are giants in the world of entertainment where they will keep you on your feet screaming from the opening bell through the Main Event!

Our Micro Athletes and Bombshells have been featured in Jack Black’s Hit Movie Nacho Libre,MTV, Spike TV, Conan O’Brien, Jerry Springer, WWE, Impact Wrestling, as well as many other TV shows and movies.

After you leave our MicroMania Show, you are guaranteed to be a MicroMania Fan for life!!