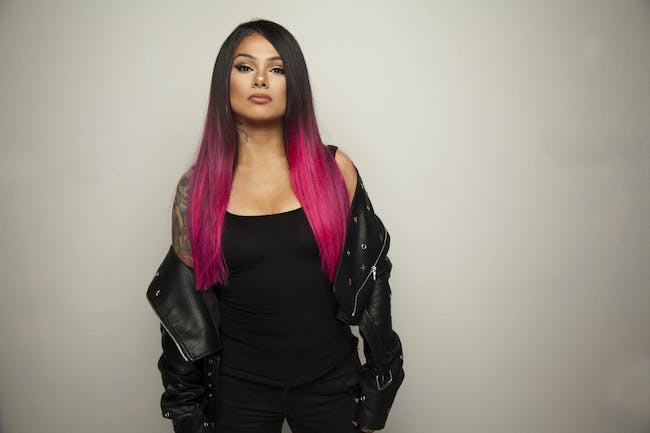 Claudia Alexandra Feliciano AKA Snow Tha Product, is an MTV VMA award winning Latina lyricist and emcee with Hip-Hop, Pop and R&B sensibilities. She was born in San Jose, CA. to undocumented Mexican immigrants and raps in both Spanish and English, while being able to incorporate creative melodies reminiscent to '90's era R&B. Snow started performing at a young age before putting out multiple mixtapes and dropping viral music videos/songs on YouTube, which gained the attention of fans and respected emcees alike.

A well known artist and personality in the social media world with over 109 million views on YouTube, 2.4 million fans on Facebook, 586k fans on Instagram, the Atlantic Records artist has a legion of loyal fans awaiting her new releases. Snow claims her musical influences stem from Mexican legend Alejandra Guzman to international rap star, Drake. She has been recognized and respected throughout the hip-hop industry for carving her own lane. Her reputation as a spitfire performer has her nonstop energy shows selling out from the West to East Coast.

Beyond her lyrical capabilities, Snow Tha Product is an experienced marketing genius, a reputable brand ambassador, and most recently, has proven to be a talented actress. In 2017, Snow Tha Product made her official acting debut in Season Two of USA Network's highly rated TV Series "Queen Of The South," portraying the character of "Lil' Traviesa" in a four-episode arc. Her career continues to grow everyday both behind the mic and in front of the cameras. Snow Tha Product hopes to one day become a role model for future generations and a voice for all Latinos.