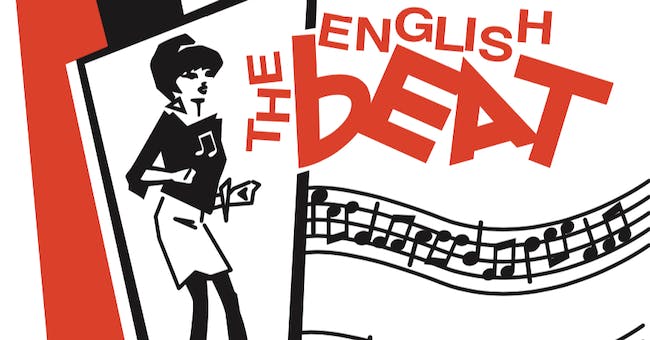 There are certain things one just isn’t bold enough to ever expect… [one] such moment was seeing ska legends/pioneers English Beat… I’ve sent countless evenings at ska shows while growing up, but this was the perfect first/biggest ska show of 2010. – BEYOND RACE MAGAZINE

"... [Dave] Wakeling and his crew played 90 minutes worth of hits, deep cuts, some General Public chestnuts and a few new songs… every song was met with recognition and applause." – River Front Times

"[The English Beat are] more popular now than ever." – San Francisco Chronicle

[Dave Wakeling] has assembled an incredible band and is playing his hits with the same raucous enthusiasm that made The English Beat one of the biggest acts of the New Wave Era… Every time they play, The Brew [San Luis Obispo, CA] is packed to the gills with an audience bouncing in unison." – SLO New Times

"People were spilling out the doors by the time [English Beat] went on stage and the palpable joy was in the air when they started… With lyrics about unity, peace, love and partying, and a beat that’s guaranteed to get you out of your seat, their music will always be dancetastic." – The New York Examiner

[The English Beat continues to take] on 2 tone, ska, reggae and new wave, still dishing out on issues of strife and discontentment at times, but always with a happy, danceable tune… drawing large audiences and still has a growing fan base" – San Gabriel Valley Tribune

"[Dave Wakeling of The English Beat] is a musician who seems to genuinely enjoy performing, and even those new to the Beat couldn’t help but get swept up in the infectious brand of "happy" music, as one put it." – Napa Valley Register

"In 2010, [The English Beat] remains on fire, opening their set with a rousing cover of The Staple Singers classic I’ll Take You There. If the excitement wasn’t at a fevered pitch by then, their second song I Confess brought the entire Gibson Amphitheatre to their collective feet. The song still sounds as fresh and lively today as it did when KROQ was granting it massive airplay back in 1982. Another cover followed, a skankin’ version of Tears Of A Clown, originally by Smokey Robinson and The Miracles." – Highwire Daze

"As always, the English Beat's sound is a driving blend of ska, punk, rock and reggae that's made for dancing." – Daily Local News

The Delirians are the heavy hitters of Californias ever growing traditional ska and reggae scene. Based out of East Los Angeles, founders Angel Salgado(vox,guitar) and Tony "teclado" Medina(organ,vox) strive to keep that vintage reggae sound alive. With tracks like "Walkie Talkie" and "Leave This Town" you'll be sure to hear reflections of that vintage 60's era sound, adding their own flavour to create a genuinely unique sound.

But it doesn't stop there. The Delirians will also keep you skanking with original ska tunes and keep you grooving to some heavy rocksteady. With the approval of artists such as Pat Kelly, Stranger Cole, The Jamaicans, the Pioneers (just to name a few), the Delirians are thee band to keep an eye out for.