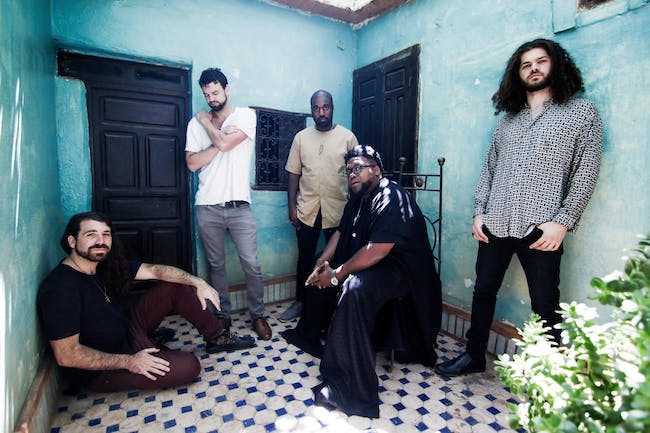 The Main Squeeze, with deep musical roots sprouted in the Midwest, have scored their lives at each twist and curve. While starting out as a party band at Indiana University, their forthcoming April 28th release “Without a Sound” illustrates their increasing musical maturity and creativity inspired by their new home in Los Angeles.

If maturity comes with experience, “Without a Sound” reflects this. The Main Squeeze has spent several years building their foundation since being championed by producer Randy Jackson: they have played Red Rocks; shared the stage with The Roots, Aloe Blacc, Janes Addiction, Umphrey’s McGee, and Trombone Shorty; and performed at music festivals like Bonnaroo, Electric Forest, Summer Camp, and High Sierra.

The Main Squeeze is a blend of soul and hip-hop, funk with rock. They know their sound is “soulful, powerful, and unique” (Newman). Rolling Stone agrees in their recent critique of a live show: “Lead singer Corey Frye’s powerfully soulful vocals forms the foundation of an energetic set.”

These underpinnings are important yet The Main Squeeze’s true focus will always be to “strive to reach people” through their beat loving heart in their music. “We are devoted to making great music for people to get lost in and to feel real emotion and love, and also to dance and enjoy life. And it's only just the beginning” (Newman). Billboard believes they have touched on this goal: “Funk runs deep in their DNA. Dare you not to two-step.”

The beats on “Without A Sound” are plentiful and it is balanced with emotion, a mix of vocals, and instrumentation of the band. Their vibe is simultaneously timeless and futuristic as they are inspired by the greats, yet have found a way to infuse their own genius into the mix.

The Main Squeeze appeals to your head, heart and body.